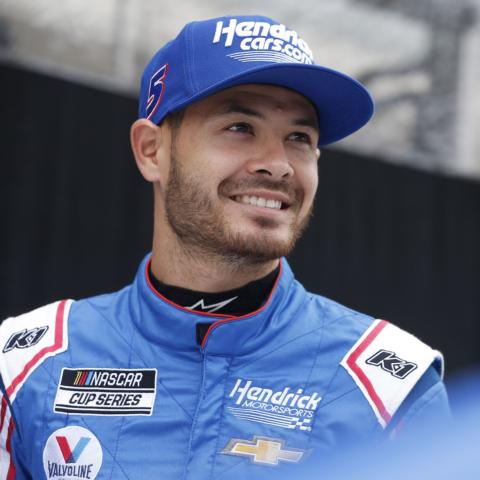 Reigning NASCAR Cup Series champion Kyle Larson is one of many drivers who will make an appearance during the March 25-27 NASCAR weekend at Circuit of The Americas. Harold Hinson Photography

One of the most memorable experiences for NASCAR fans is seeing the stars of the sport up close on race day. Fans attending NASCAR at COTA this weekend will have plenty of opportunities to catch their favorite driver for a picture, autograph or even a fist-bump.

Todd Gilliland, the 2021 Circuit of The Americas (COTA) NCWTS race winner, will be making an appearance at Boot Barn at Southpark Meadows in Austin, Texas Saturday from 1-3 p.m. and will be hanging out in the Fan Zone in COTA’s Grand Plaza Sunday from 10:45-11:15 a.m., first at the Ford Performance display and then at the EchoPark Stage.

Following the conclusion of Saturday’s on-track action, fans can make their way over to The Amphitheater for “After Party at The Amp,” where they’ll find NASCAR Cup Series (NCS) drivers Corey LaJoie, Ricky Stenhouse Jr. and Alex Bowman as well as special guest, NASCAR Hall of Famer Mark Martin answering fan questions prior to revered tribute rock band Hairball takes the stage at 7:30 p.m. for a two-hour concert.

On Sunday morning, fans enjoying the plethora of free entertainment in the Fan Zone in the Grand Plaza can see NCS drivers Gilliland, Tyler Reddick and Chris Buescher on the EchoPark Stage for Q&A sessions from 11-11:45 a.m. Reddick will then be signing autographs at the 3CHI display from 11:35-11:50 a.m.

Before Midland takes the stage at 12:45 p.m. for a one-hour concert prior to the 2:30 p.m. start of the EchoPark Automotive Grand Prix, reigning NCS champion Kyle Larson, his Hendrick Motorsports teammate William Byron and rookie Austin Cindric will join host Jose Castillo on the pre-race stage on the frontstretch for Q&A sessions from 12:15-12:45 p.m. during Trackside Live. While the NCS driver Q&A sessions, driver introductions and Midland concert are free with any race ticket, the purchase of a Track Pass ticket upgrade will allow those fans to move from the grandstands to the front of the stage for premier access.