Texas native Matthew McConaughey, an award-winning actor, bestselling author, co-owner of Austin FC and a professor and Minister of Culture at the University of Texas, has been named the Grand Marshal for the NASCAR Cup Series EchoPark Automotive Texas Grand Prix at Circuit of The Americas. 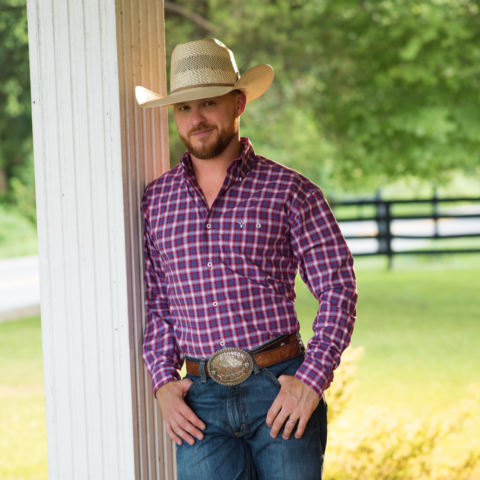 COJO Music & Warner Music Nashville platinum recording artist Cody Johnson, who climbed the charts with the hit “On My Way to You,” will perform the National Anthem

Texas native Matthew McConaughey, an award-winning actor, bestselling author, co-owner of Austin FC and a professor and Minister of Culture at the University of Texas, has been named the Grand Marshal for the NASCAR Cup Series EchoPark Automotive Texas Grand Prix at Circuit of The Americas, it was announced today by race officials.

McConaughey, known for his Academy Award-winning performance in Dallas Buyers Club as well as memorable roles in other classics such as Dazed and Confused, The Lincoln Lawyer and The Wolf of Wall Street, will give the command for the 40 NASCAR Cup Series stars to fire their engines at the start of the historic race on Sunday, May 23 (FS1, PRN Radio, 2:30 p.m. ET), the first time NASCAR has visited the immaculate 3.41-mile, 20-turn road course near the Texas capital city of Austin.

“We are thrilled to have Matthew McConaughey serve as the Grand Marshal for the much-anticipated inaugural EchoPark Automotive Texas Grand Prix here at Circuit of The Americas,” said Bryan Hammond, executive director for NASCAR at COTA. “Matthew is beloved here in the state of Texas and makes his home right here in Austin when he’s not traveling around the world for work and passion projects. As a motorsport enthusiast of NASCAR and other forms of racing, we couldn’t think of anyone better to give the command to start engines for this historic race.”

Last year McConaughey took his talents to another arena by releasing his first book, Greenlights, which offers stories and insights from McConaughey’s life in a chronological order and proves that life often is stranger than fiction. The book was an instant New York Times No. 1 Bestseller, with more than a million copies sold worldwide.

It’s the second time McConaughey has served in a Grand Marshal role for a NASCAR race as he also gave the command to start at the Daytona 500 in 2005.

“I’m honored to be the Grand Marshal for NASCAR’s first visit to Circuit of The Americas here in my hometown of Austin,” said McConaughey. “There’s nothing more American than NASCAR racing and it’s wonderful to see the sport make its first visit to this challenging road course.”

Prior to McConaughey’s command, which will be given virtually, COJO Music & Warner Music Nashville platinum recording artist Johnson, who climbed the charts with the hit “On My Way to You,” will perform a live rendition of the National Anthem as four F-15s from the 159th Fighter Wing stationed in New Orleans will soar high over the venue in the pre-race flyover. Tino Caballero, head of sales for EchoPark Automotive San Antonio, will be positioned in the flagstand to wave the green flag while serving as the race’s Honorary Starter. Kirk Franklin, an American choir director, Grammy award-winning gospel singer and author, will provide the virtual invocation for the Cup race.

Trey McDaniel, Toyota owner and a paramedic from Grapevine, Texas, will serve as Grand Marshal for the Toyota Tundra 225 NASCAR Camping World Truck Series race. Austin-based Toyota Ambassador for Hiring Heroes, Dakota Meyer, will drop the green flag as the Honorary Starter, while Elliott Peck, one of the most sought-after female vocalists on the West Coast, will perform a virtual rendition of the National Anthem. Billy Mauldin of Motor Racing Outreach will provide the virtual invocation prior to the Truck race.

Tickets are available for all three races during the NASCAR at COTA weekend and can be purchased online at www.NASCARatCOTA.com.