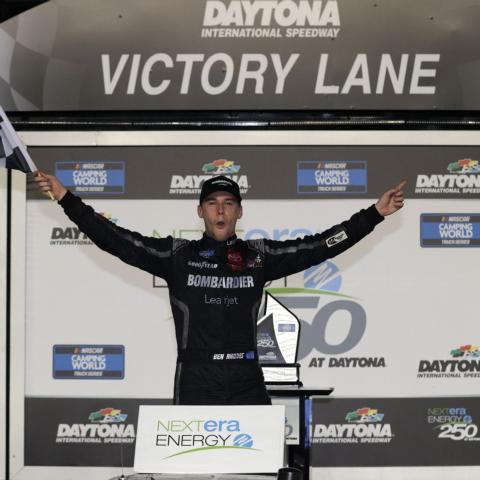 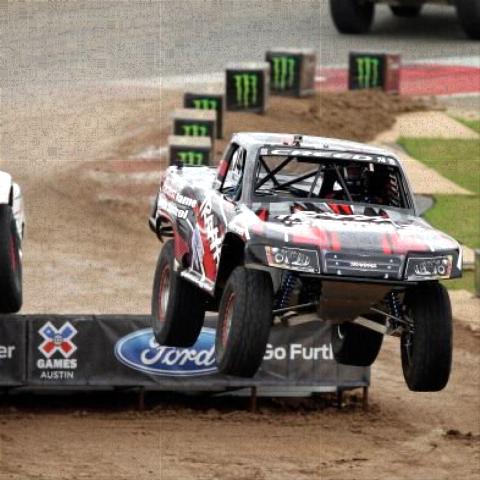 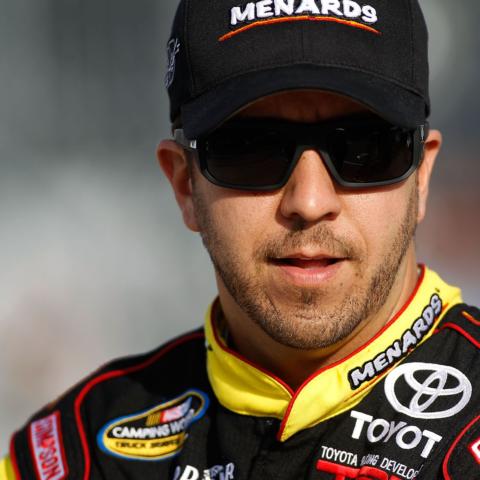 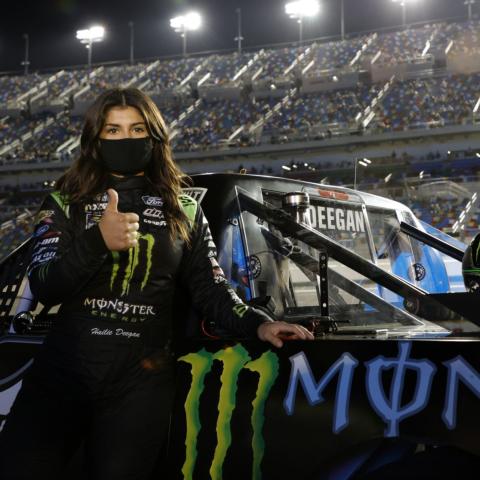 “X” Marks the Spot
Sheldon Creed and the NASCAR Camping World Truck Series may be making their official debut at the Circuit of The Americas in the Toyota Tundra 225, but the 23-year-old defending series champion has enjoyed previous success at this venue in another form of motorsport.

He first competed at COTA in Stadium Super Trucks at the 2014 X Games Austin and earned a silver medal in the competition. Just 16 at the time, he became the youngest auto racer to win an X Games medal. The following summer at X Games Austin, he would add a gold medal. He also would go on to become a two-time SST champion and record the most wins in series history with 36 before moving over to stock cars.

Creed, who drives the No. 2 Chevrolet for GMS Racing, earned the NCWTS championship in just his second full season in the series. His 2020 season was highlighted by a series-high five wins and nine top-five finishes in 23 races. He culminated the title run by winning the season-closing championship race at Phoenix Raceway.

Featured Foursome
The Toyota Tundra 225 could be a wide-open affair given that only four drivers among the 70-plus active series competitors have won on a road course.

The most recent to do so was Ben Rhodes, who won the second race of the season on Daytona’s road course in February. Sheldon Creed also has won at Daytona, with his coming in August of last season.

One driver to watch who may be winless on road courses is three-time series champion Matt Crafton of ThorSport Racing. Crafton leads all active drivers in top-five finishes (4) and top-10 finishes (7) over nine career starts.

With the exception of Moffitt, all the others in the group performed well on the Daytona road course this season. Creed finished runner-up to Rhodes while Nemechek was third and Crafton sixth. Moffitt finished 25th.

Like Father, Like Daughter
The NASCAR Camping World Truck Series is the new home to the next potential female star in motorsports.

Hailie Deegan, the 19-year-old daughter of motocross legend Brian Deegan, continues to impress since being part of NASCAR’s Drive for Diversity program in 2016 and the youngest and only female of the nine-member “NASCAR Next” class of 2017.

She won 2018 rookie-of-the-year honors in the NASCAR K&N Pro Series West, where she became the first female in history to win a race in the series during that first season as well as her second. She moved up to the ARCA Menards Series last year, where she also was named rookie of the year after finishing third in the series championship.

Deegan, part of Ford’s driver development program, is in the midst of her rookie campaign in the NASCAR Camping World Truck Series, driving the No. 1 Ford entry for Gilliland Racing.

New Venues
The NASCAR Camping World Truck Series may have been reduced from 23 to 22 races this season, but the schedule brings a fresh and diverse appeal.

The inaugural visit to Circuit of The Americas for the Toyota Tundra 225 is one of five new events added to the schedule and second of four road course races. The series added an August date at the historic Watkins Glen, which will be its first visit to the upstate New York layout since 2000.

The final road course event will be in the beginning of September at Canadian Tire Motorsport Park. It will serve as the second event of the seven-race NASCAR Camping World Series Playoffs.

Rhodes to Victory
Ben Rhodes has finished among the top 10 in the NASCAR Camping World Truck Series the last four seasons including a best of fifth in 2017, but this may be the start of a career year.

Rhodes, the 24-year old who drives the No. 99 Toyota for ThorSport Racing, opened the season by sweeping the oval and road-course events at Daytona, and quickly securing a berth in the NASCAR Camping World Truck Series Playoffs.

The two wins are just one shy of his career total from his previous six seasons in the series. It also marked the first time a driver had won consecutive races in the NASCAR Camping World Truck Series since Brett Moffitt was victorious at Bristol and Canadian Motorsport Park in August of 2019.