NASCAR at COTA After Party to get “Amped” Up by Hairball 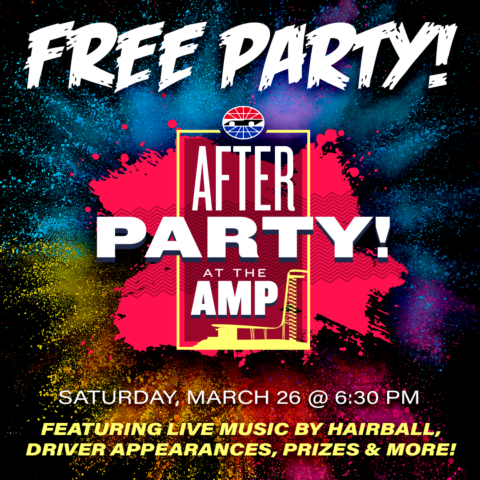 It would be quite a spectacle for fans attending the NASCAR at COTA race weekend, set for March 25-27 at Circuit of The Americas (COTA), to hear the music of rock legends Van Halen, KISS, Mötley Crue, Queen, Journey and Aerosmith emanating from the venue’s amphitheater.

It would be quite improbable too … unless, of course, one of the most celebrated rock tribute bands was on site to pay homage to some of the biggest arena acts in the world as part of the NASCAR tripleheader race weekend.

Hairball, which will make race fans feel as if they have attended 20 different concerts in one night, will serve as the headline act of the inaugural “After Party at The Amp” following a robust day of on-track action on Saturday, March 26.

The event will begin at 6:30 p.m. CT with “Trackside Live” hosted by Jose Castillo and featuring Q&A sessions with several NASCAR drivers, including Hall of Famer Mark Martin and current Cup Series driver Corey LaJoie. A full driver lineup will be announced as the event draws closer. Hairball, celebrating its 21st year, is scheduled to hit COTA’s amphitheater stage at 7:30 p.m. for a two-hour performance.

Fans won’t have to close their eyes and listen to the music to get the full effect of Hairball’s impeccable renditions of some of rock’s most popular songs from the 1980s, ‘90s and more. Vocalists Joe Dandy, Kris Vox and Dave Moody will not only sound like but look like your favorite lead singers with an array of retro outfits. Add in the lights, thunderous sound, fire and bombs, and race fans will have a flashback to those epic arena shows.

And since we are talking about legendary acts from the 1980s and ‘90s, it is only fitting that Martin will be on hand to take part in the festivities. He was inducted into the NASCAR Hall of Fame in 2017 after a 31-year Cup Series career where he recorded 40 wins, 56 poles and five series championship runner-up finishes.

The “After Party at The Amp” event is free to all of that day’s race attendees as well as those campers on property. The concert will culminate an exceptional day of on-track activity, including the NASCAR Cup Series pole qualifying (10 a.m.), the XPEL 225 Camping World Truck Series race (noon) and Pit Boss 250 Xfinity Series race (3:30 p.m.). Reserved seats for Saturday’s on-track events begin as low as $45 with general admission tickets also available at $30.

Tickets:
Tickets for the March 25-27 NASCAR at COTA tripleheader weekend are on sale now at NASCARatCOTA.com/Tickets. Three-day weekend packages for adults start at just $99 and just $10 for kids 12 and under. Further details can be found on the NASCAR at COTA website including the full race weekend schedule.