Cup Champs Break Down the Circuit 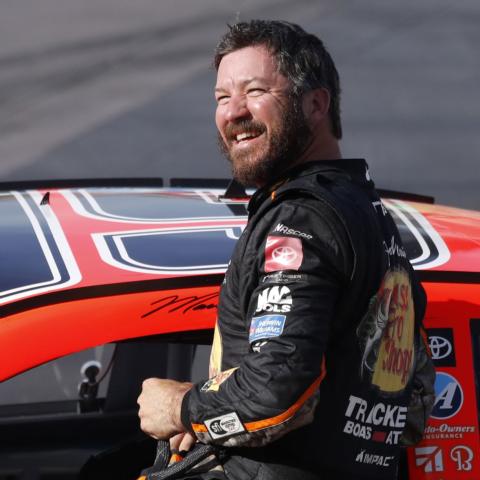 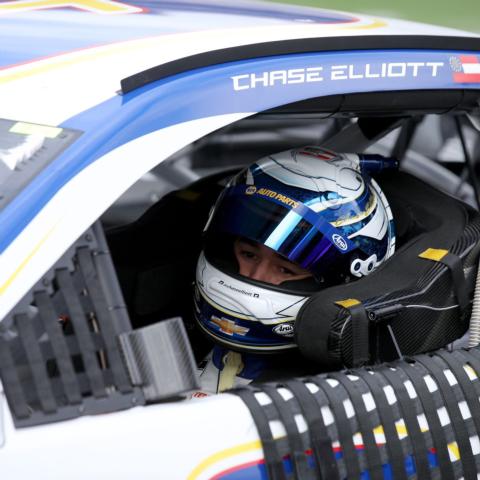 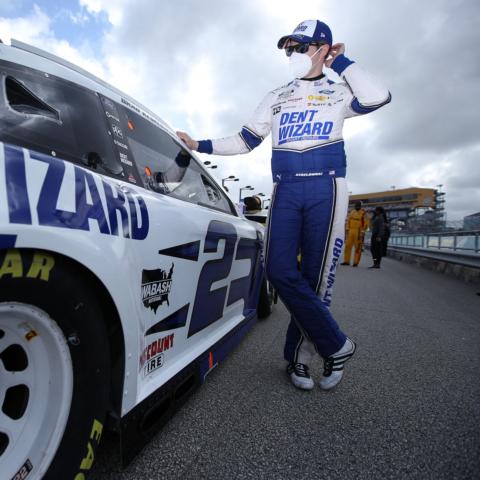 The trio was selected to participate in a Goodyear tire test at the world-class facility, with each representing one of the three engine manufacturers in the series. Elliott represented the Chevrolet camp while Truex Jr. was there on behalf of the Toyota teams and Keselowski for Ford. Until this race weekend, it marked the first and only time NASCAR Cup Series drivers ran competitive laps on the track. In October of 2019, three-time Cup champion Tony Stewart did run on the track, but it was only for demonstration laps in his No. 14 stock car that was outfitted with a passenger seat to take Haas F1 team drivers Romain Grosjean and Kevin Magnussen for a spin NASCAR style.

The layout that has hosted Formula 1, INDYCAR and MotoGP events definitely was an eye-opening experience for Elliott, Truex Jr. and Keselowski during the test. The most daunting aspect of the course could be the signature Turn 1 known as “Big Red,” which challenges drivers to an initial 133-foot climb at the green flag and right into a hard-braking hairpin-style turn. The three champs shared their initial thoughts on the layout after running laps during the test.

Elliott: “It’s a super neat facility – super nice facility, number one. The track’s fun. It has a lot of character to it, I feel like. I’ve never been here, never seen it before in person before today and really haven’t watched a ton of races here, so it’s really been a pretty steep learning curve for me trying to piece together all the different parts of the track and understand where you need to be good and how to make it flow.”

Elevation and Turn One

Keselowski: “Turn one is designed as though a fan said, ‘how can I have the most calamity in that corner on the start?’ So, there’s a couple of things – first off, it’s uphill, which helps the car stop, so it encourages the driver to try to out-brake another driver, which is big on a restart or a start because all of the cars are already so close together. Second thing is, it’s really wide on entry so it’s almost impossible to block because there’s just a lot more racetrack. And then, of course, the third part is it’s a super slow corner meaning you have to use a lot of brakes to get through there. So, like I said, almost like it was intentional – I’m sure it was intentional – to create some epic starts. I think you’ll see that here.”

Keselowski: “There are a couple of spots that certainly stand out as being a lot of fun. The esses are such a rhythm section. You feel like you’re doing a tango dance with your feet. You have to be really precise and hit everything perfectly.”

Truex Jr.: “I’ve never seen this track before, never watched a race here before. I literally watched five minutes of in-car footage…, I think it was a Porsche going around this place, and I was like, ‘OK, this looks pretty straightforward.’ Then you get out here and you’ve got the elevation changes. You’ve got the blind corners. Those are the things that take time to learn because you’ve got to go off of instinct more than what you’re seeing. It’s all about markers and points on the track and when you turn in and what gear you’re in and how much speed you’re carrying and finding the brake points and all those things.”

Truex Jr.: “I feel like this is kind of part Sonoma, part Watkins Glen. There’re some fast sections, some slow sections. It’s got the older asphalt, wearing tires out more like Sonoma, but it’s got the really high-speed straights and the really hard braking zone like Watkins Glen going down the backstretch. It’s a mix of both. It’s got a little bit the blind corner, up-and-down elevation change like Sonoma. It’s a pretty unique place.”

Elliott: “The brakes are, for us, it’s just keeping them as cool as you can and that’s a hard thing to do. Over the years, it’s honestly impressive watching how these teams have figured out how to keep these brakes cool. When I ran my first Cup race, I was like, ‘there’s no way the brakes are going to last on this thing,’ and guys would just be burying it in the corner and push all day. So, it’s really just a matter of keeping them as cool as you can and giving the driver the ability to continue to attack the corner I think is important.”

Truex Jr.: “Anytime we can go somewhere new, it’s cool – get some local fans to maybe come to their first race. … If we can get some new folks interested, especially with it being a road course -- there’s no road course anywhere close to here that we’ve ever raced at – that could have the potential to bring in some interest of some new people, some sports car guys and F1 guys, MotoGP guys that come here and like this stuff and understand this place. This is a unique facility. It’s an honor to get to come here and get to run on the track. I suppose it will be a special day when we get to come here and run on this track for race weekend.”